We are a nonprofit organization, created by DC Water in November 2016. Our objective is to relieve the strain on DC Water ratepayers by marketing DC Water’s products and technologies, generating revenue and cost savings as a result.

Blue Drop is DC Water’s all-purpose arm for non-ratepayer revenue. We manage projects and customer relationships to maximize DC Water’s investments in its facilities, processes and intellectual property. Our premier programs are: 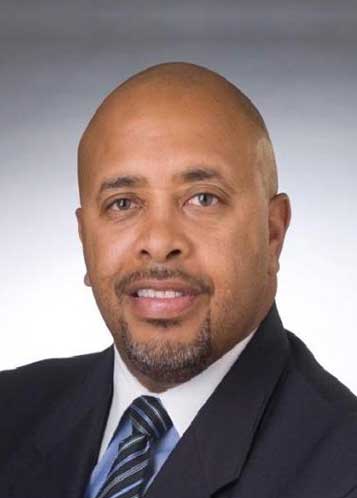 David Gadis is the Chairperson of the Blue Drop Board of Directors. Mr. Gadis became General Manager and Chief Executive Officer of DC Water in June 2018.

Immediately before joining DC Water, Mr. Gadis worked as the Chief Revenue Officer for U.S.A. Track and Field. Prior to that, Mr. Gadis served as Executive Vice President of Veolia North America where he led North American business development operations. He was responsible for corporate growth and $3,000,000,000 in revenue. Gadis served as a key consultant to municipalities and Mayors as they developed utility plans to address infrastructure improvement needs and how to save money in operating their utilities.

Gadis also worked as CEO and President of Veolia Water Indianapolis, LLC, formerly known as the Indianapolis Water Company. He was its first African American CEO/President and the first African American CEO to lead a major utility in Indianapolis. In that position, he managed the operations of the city’s water utility that employed more than 600 employees and served more than 1 million customers and 360,000 ratepayers. Gadis was also responsible for field services, engineering/construction, procurement, fleet, warehousing, and plant production. He was also credited with turning the customer service department into a world class operation, answering 90% of its 80,000 calls per month in 30 seconds or less.

With Gadis’ leadership, Veolia received the United States Conference of Mayor’s 2006 Public/Private Partnership Award, as well as the Mayor of Indianapolis’ Celebration of Diversity Award and the Indiana Minority Supplier Development Council’s Circle of Excellence Award three (3) times. Gadis worked with his colleagues at Veolia to increase procurement opportunities for diverse firms by 600%, from 5% to 35%, which represents more than $40 million annually. 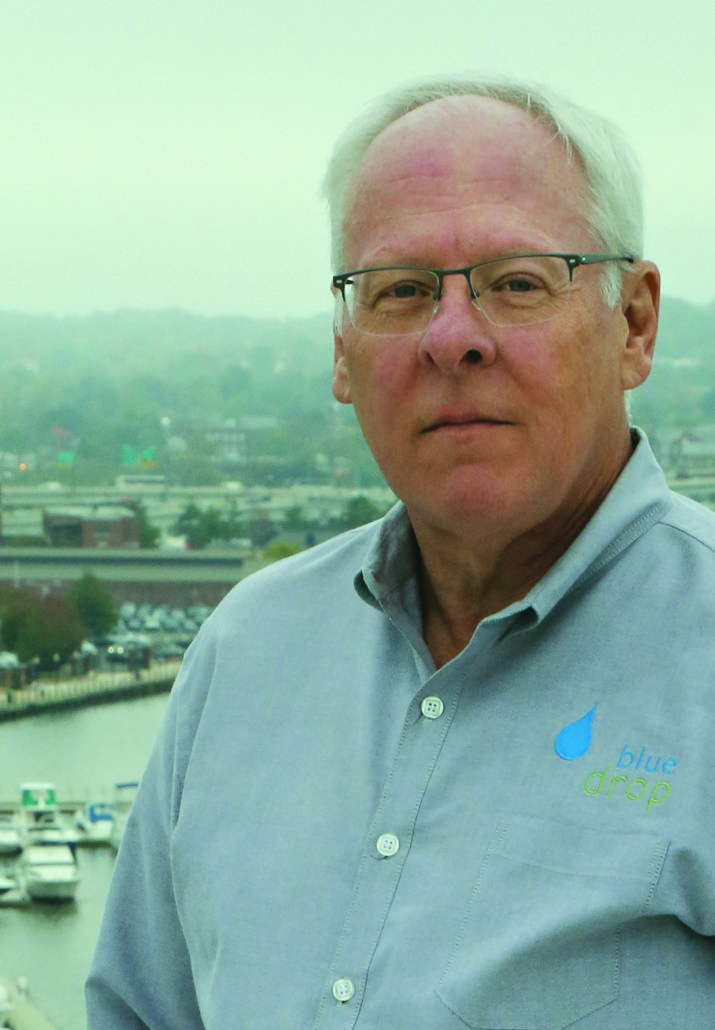 Thomas Kuczynski is the interim President of Blue Drop and the Vice President of Information Technology for the District of Columbia Water and Sewer Authority (DC Water). Tom joined DC Water in August 2013 and heads up an IT team of 60 individuals and a $20 million budget to develop applications that support customer services and operations, and provide technical support to help employees do their jobs. As Interim President of Blue Drop, Tom leads the team responsible for generating non-ratepayer revenue from various products and services including Bloom, intellectual property and other non-traditional sources at DC Water.

Tom has more than 40 years of experience in utility management and operations including nearly 30 years at Philadelphia Gas Works (PGW) in two separate terms of employment. He was most recently Senior Vice President, Strategic and Information Services for PGW managing Strategic Planning, Enterprise Performance Management, Information Services and Internal Auditing. In his first employment at PGW, he led development efforts for the company’s customer information system, credit and collections, automated meter reading and distribution leak tracking.

He has also worked for Pacific Gas & Electric’s National Energy Group as Director of Technology Strategic Planning and Architecture, and for Delmarva Power in Wilmington, Delaware where he provided IT Strategic Planning Services to the Energy Supply Group.

Tom is a graduate of La Salle College of Philadelphia and the Executive MBA program at University of Maryland University College. 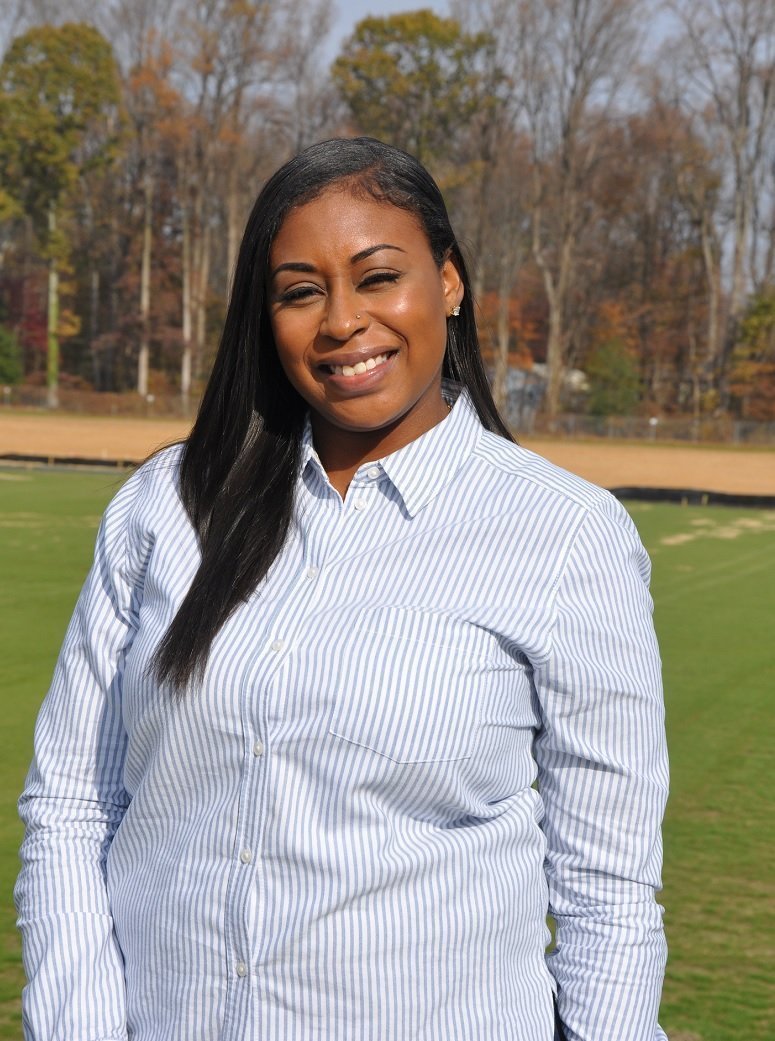 Victoria is the Bloom Sales Manager, working with customers across Maryland. Prior to Bloom, Victoria spent more than four years at Maryland Environmental Services, where she worked in recycling and waste reduction and later transitioned into organics recycling, including the marketing and distribution of Leafgro.

Victoria is enrolled in the MBA program at the University of Maryland and holds a BS in Environmental Sciences. Victoria is of Trinidadian heritage, was born in the US and grew up in Barbados, where she developed her love of plants. 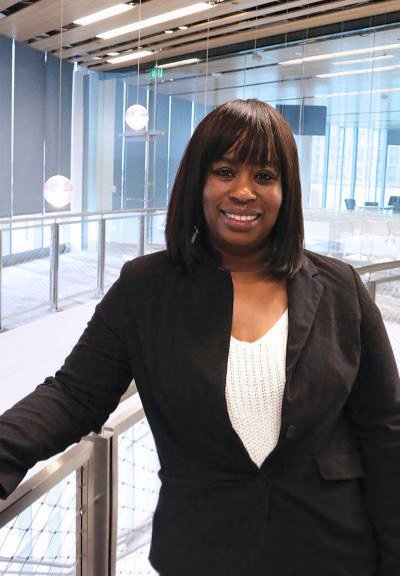 Lovesha Graham is a seasoned Executive Assistant with over 20 years in the field. She has increased efficiency in her assigned roles and is known to handle diverse and multiple levels of responsibility ranging from planning and executing special projects to providing administrative support to executive-level staff. Having held positions in the corporate and private workforce, Lovesha is able to tailor her skills to meet the needs of various clients.

In addition to her multiple duties as an Executive Assistant to the VP of Information Technology, today she is thrilled to be managing the events program at DC Water’s beautiful new HQO facility. Lovesha enjoys working out and spending time with her daughters and puppy in her spare time. 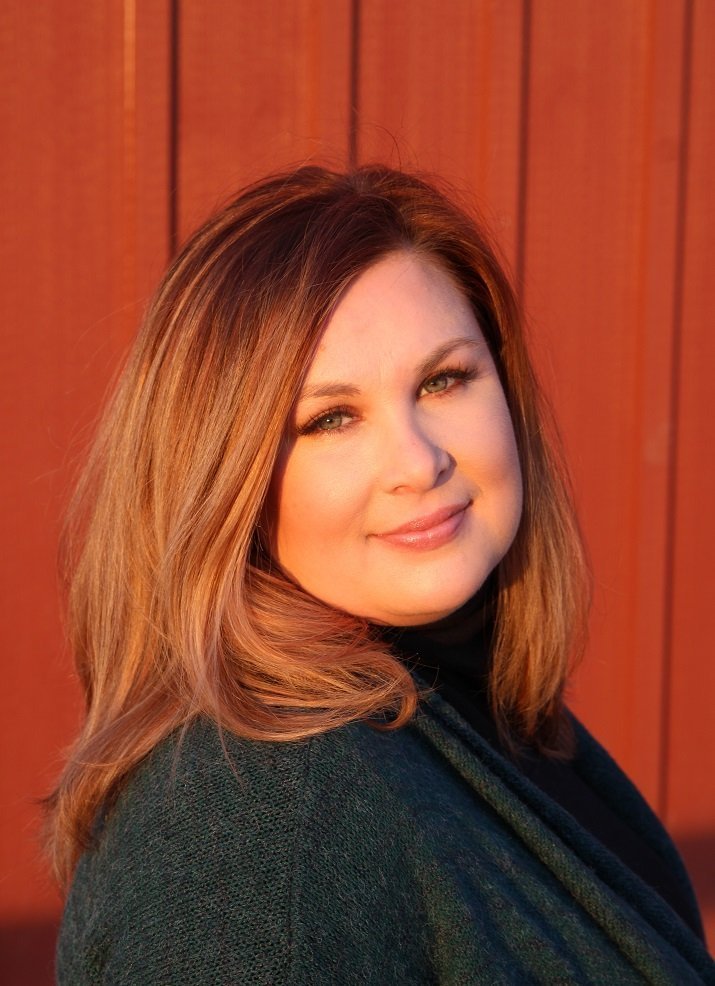 A self-described “farm kid,” Holly grew up on a dairy farm in Carroll County; she now lives and works with her husband Glenn, children Tristan and Rowan and their furry friends on Radley Bend, a multi-generational farm producing hay, dairy, and cattle and pigs her kids tend as 4H projects. 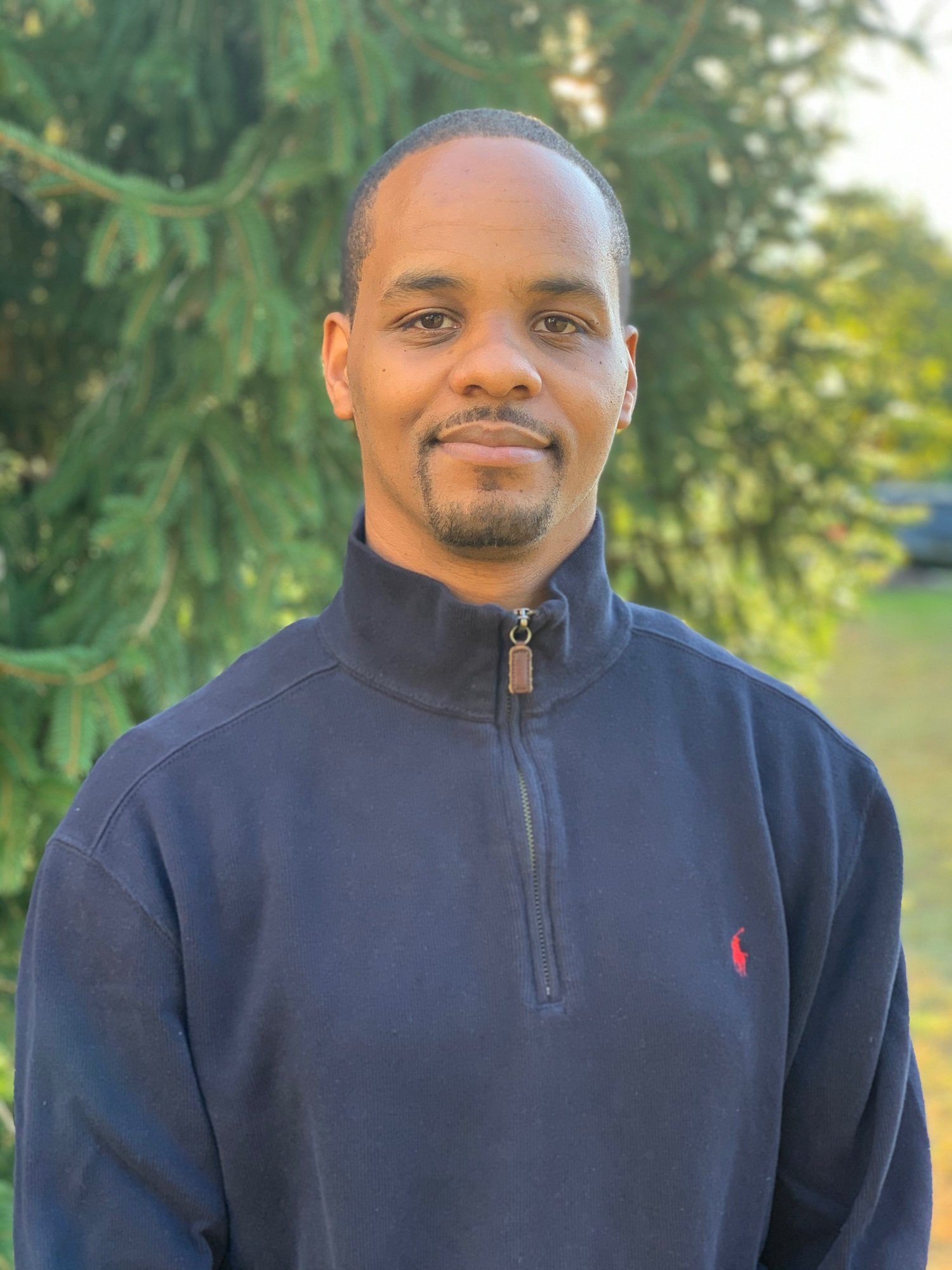 Adam is a graduate of Morgan State University with a bachelors in Health Education and a concentration in Community Health. He previously worked at National Institutes of Health for 12 years. Adam is an assistant football coach for Ron Brown Preparatory School in NE, DC. He enjoys watching and playing sports and spending time with his wife and two sons.

Adam is responsible for the administrative processes, functions, and activities of Blue Drop and supports special projects across the organization. 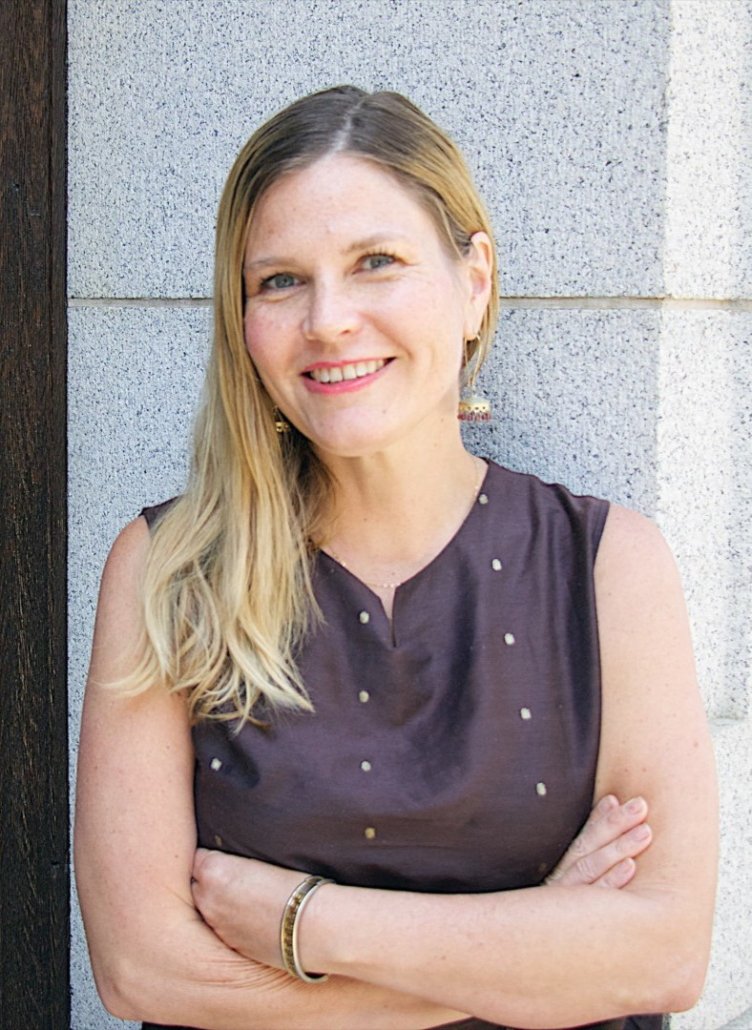 April Thompson has more than 15 years’ experience in marketing, communications and project management. Prior to joining Blue Drop, April led the knowledge management team for the Feed the Future Knowledge Driven Agriculture Development project, which worked to harness and share best practices in global agriculture and food security.

April has worked in more than a dozen countries in Africa, Asia and South America over the course of her career, consulting for various nonprofits and small businesses domestically and internationally. As Director of Marketing and Communications for GoodWeave, a market-driven nonprofit working to end child labor, April oversaw a national awareness campaign, including the rebranding of its certification program and the launch of a marketing initiative to promote certified rug sales in Macy’s.

Passionate about urban agriculture, April is an amateur forager, a founding member of the Bruce Monroe Community Garden and a graduate of the UDC master gardener program. A former freelance journalist, April still enjoys writing about sustainable lifestyle issues in her spare time. She holds an MBA and an MA in International Development from American University and a BA from the University of Virginia. 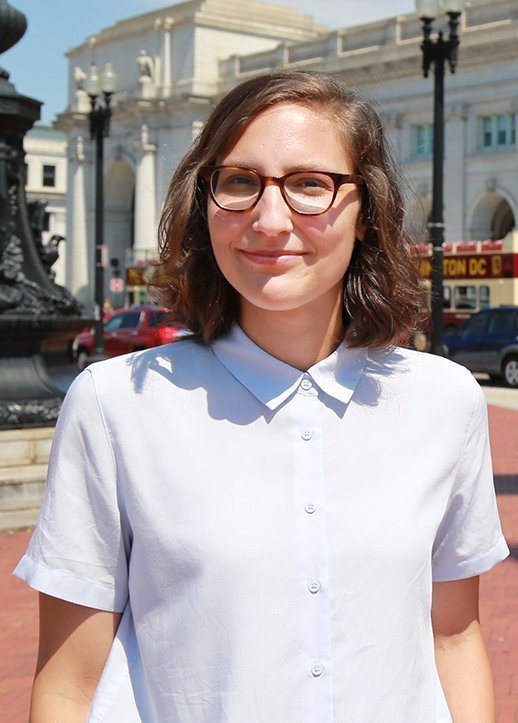 Francesca joined Blue Drop as its second employee, accelerating the company’s growth and professionalizing its financial, talent and technology operations. She is an expert at stakeholder engagement and outreach and has worked with utilities and nonprofits across the country. As Vice President, she oversees operations and the Bloom program.

Francesca has a Bachelor of Arts degree in English and Italian from the University of Georgia. She is an avid gardener and yoga instructor.

Blue Drop Board of Directors 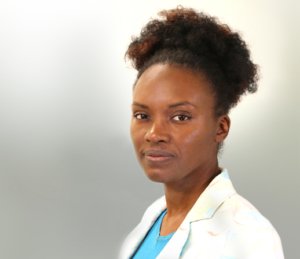 Lavinia A. Baxter is Special Assistant to the Deputy Chief Administrative Officer for Government Infrastructure, Technology and Environmental Services in the Prince George’s County Office of County Executive Angela D. Alsobrooks. She has spent the past 13 years serving the County in a variety of roles.

Ms. Baxter’s passion is facilitating economic development to meet the needs of the community and developing meaningful relationships with the people who live in them. Her desire is to see communities harness their collective power to create change.

In her spare time Ms. Baxter mentors youth and is active in her church. 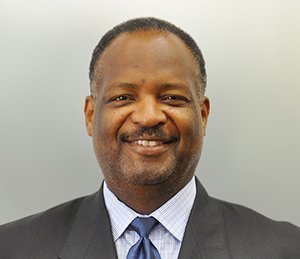 Robert L. Mallett guides Rabin Martin’s strategy and drives progress toward improving health for underserved populations globally. Mr. Mallett has a diverse background in law, government, public policy, healthcare and international development. Before joining Rabin Martin, Mr. Mallett was CEO and President of Africare. He has also been a senior corporate executive at two of the world’s largest healthcare companies. He was Executive Vice President and General Counsel for the Public & Senior Markets Group at United Healthcare and at Pfizer Inc. he served as Senior Vice President of Worldwide Public Affairs and Policy and as President of the Pfizer Foundation. Mr. Mallett served also as a member of the District of Columbia Board of Water and Sewer Authority. He has been in private practice at international law firms in the United States, and served in former President Bill Clinton’s administration as Acting Secretary and Deputy Secretary of the U.S. Department of Commerce. He is a graduate of Morehouse College and received a law degree from Harvard University. 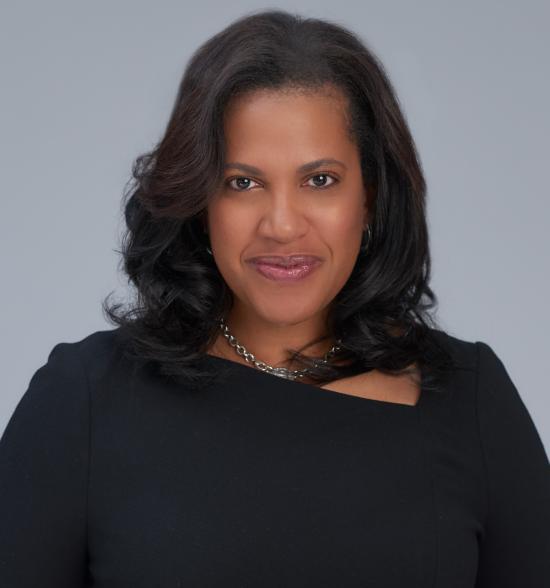 Kishia L. Powell joined DC Water in May 2020, and serves as the Authority’s Chief Operating Officer and Executive Vice President, overseeing all operating departments, as well as the Customer Service and Administration clusters.  Ms. Powell comes to DC Water from her previous role as Commissioner of the City of Atlanta’s Department of Watershed Management, where she had served since June 2016. With expertise in sustainable infrastructure management and utility operations, she has leveraged 22 years of experience in both the public and private sectors to successfully serve municipalities across the United States and London, England.

Prior to joining the City of Atlanta, COO Powell served as the Public Works Director for the City of Jackson, Mississippi.  In 2008, she was appointed Bureau Head of Water and Wastewater for the City of Baltimore. Based upon her work in Baltimore she was named the 2010 Maryland Water Environment Federation’s Water Hero.

In 2018, COO Powell was nominated for the Center for Servant Leadership/Turknett Group Leadership Character Award; and she received the Pacesetter Award from the National Association of Minority Contractors.  In 2019 and 2020 she was recognized as one of Georgia’s Top 100 Influential Women in Engineering Georgia Magazine and received the WaterNow Alliance’s 2019 Impact Award for leadership in closing the country’s first publicly offered Environmental Impact Bond. Throughout her career she has maintained a strong sense of ethics and has distinguished herself as a leader, blending global reach, local knowledge, strategic thinking, and technical excellence to deliver sound solutions. 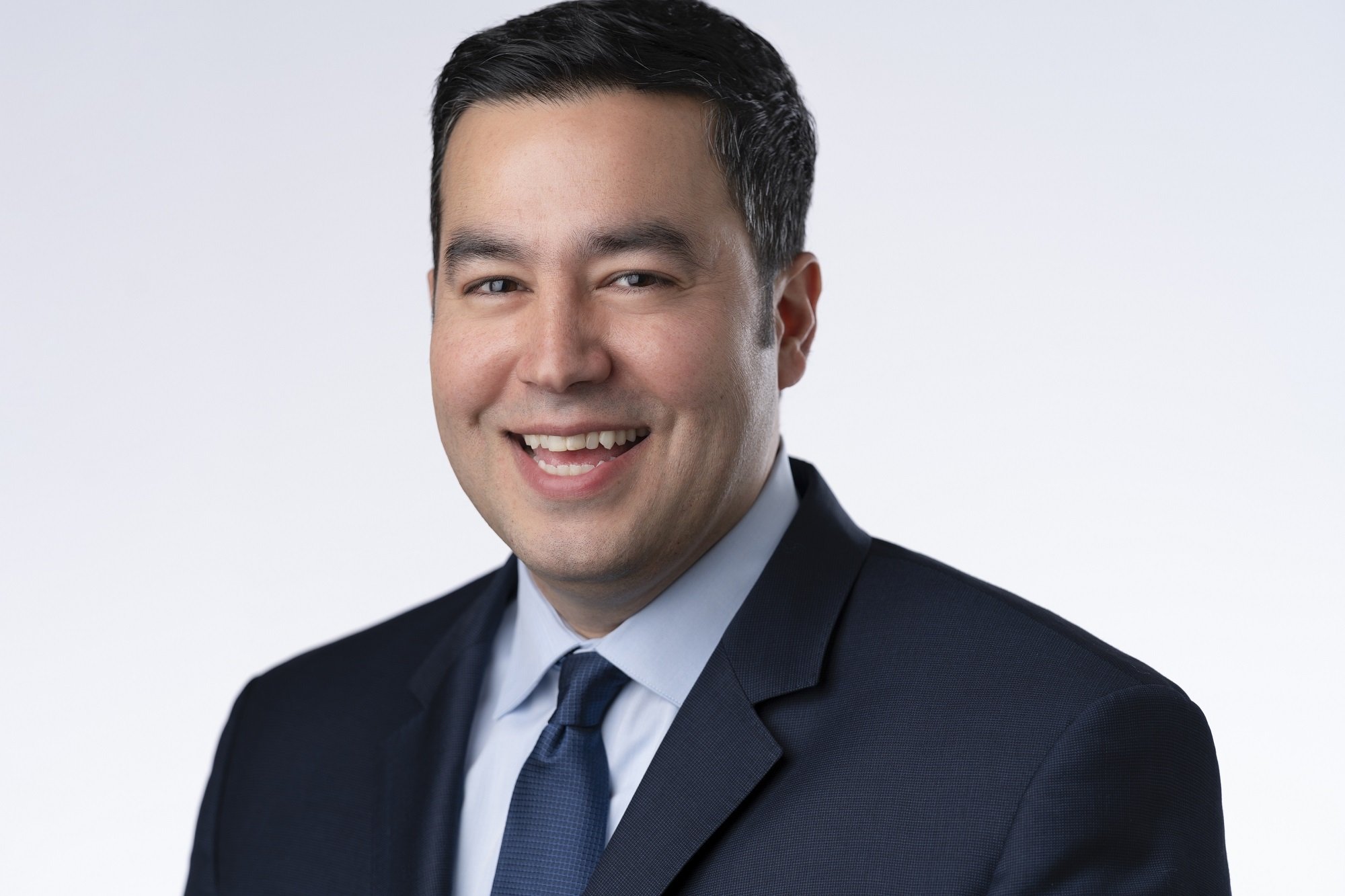 Michael Sakata is the president and CEO of the Maryland Transportation Builders & Materials Association (MTBMA). In this role, he manages all aspects of the association. MTBMA represents over 21,000 workers and business owners in the transportation construction industry and promotes and protects the needs of the transportation construction and materials industry by establishing and maintaining respected relationships with federal, state, and local public officials.

Prior to joining MTBMA, Michael worked as the American Road & Transportation Builders Association’s (ARTBA) Vice President, Services & Technology. In this position, he was responsible for managing several major contracts and divisions, the association’s digital technology portfolio and two ARTBA member divisions, as well as serving as the executive director of both the Metropolitan Washington Road & Transportation Association (MWRTBA), an ARTBA-managed chapter affiliation, and the Council of University Transportation Centers (CUTC). In 2017, Trending40.com recognized Mr. Sakata’s work at MWRTBA and bestowed him with the Top Association & Non-Profit Innovator Award for Executives and in 2020, Mr. Sakata was recognized as one of Daily Record’s “Most Admired CEOs.”

Mr. Sakata serves as Chairman of “The Road Gang,” a fraternal group of public officials and private sector executives involved in transportation infrastructure policy issues in Washington, DC and sits on the Board of Directors of the Architecture Construction Engineering (ACE) Association in Maryland and DC, where he mentors and inspires high school students to pursue careers in the fields of transportation design and construction. Mr. Sakata also sits on the Board of Directors of Suburban Maryland Transportation Alliance and Blue Drop, a non-profit affiliate of DC Water.